I went with my friends to ESGS (Electronic Sports and Gaming Summit) last weekend to showcase Jump Squad 2 at the Indie Fiesta area. Our booth this year was much better compared to last year since we were more prepared and had more materials and a variety of freebies. 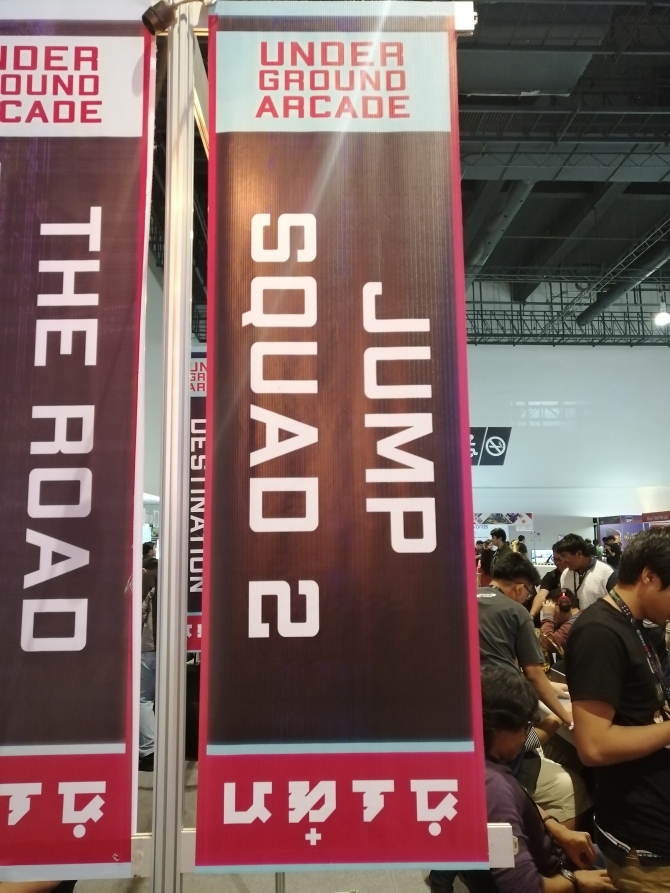 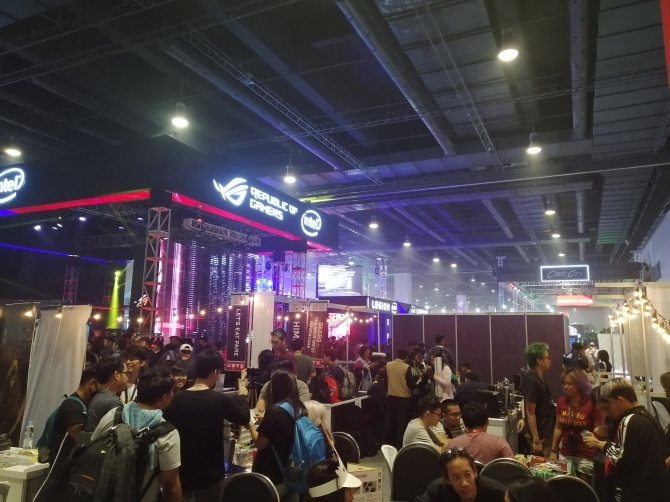 Lots of awesome indie games, too bad I didn’t have the chance to roam around much and play most of them

We gave out stickers, keychains, and mugs randomly via raffle to all the people who tried out our game, scored a certain amount of score, and left a feedback/suggestions. And then the one with the highest score at the end of the day received a Tshirt! 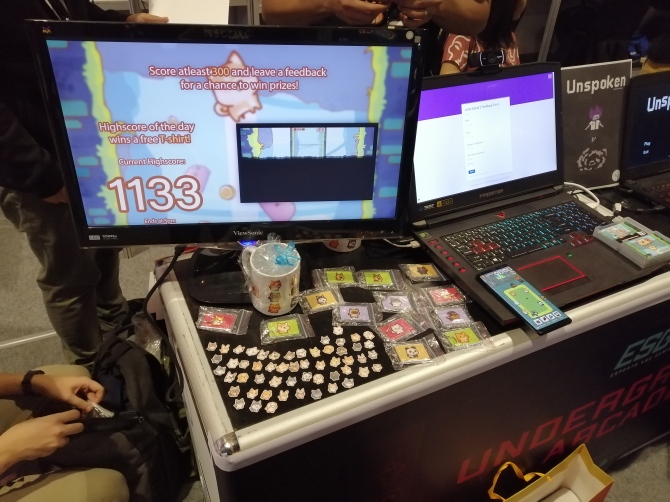 Keybol Games, showcasing their games and Towertale from Misou Games

We had back pains from standing all day for 3 days and our energy was depleted as we need to talk and explain the game to a lot of people (It was the largest ESGS yet, with 42,000+ attendees) but all of it was worth it when we saw the reactions of the players to our game.

We also were able to meet a lot of our friends, former classmates and former colleagues, one of the best things about this type of convention is that it became a reunion for us game developers and artists. 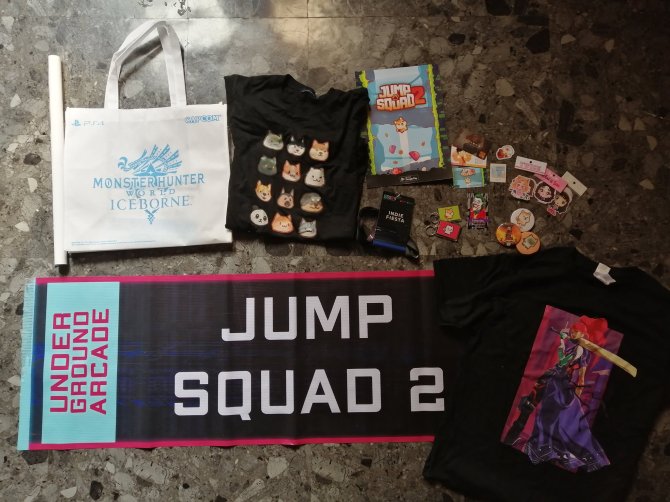 ESGS loots + what’s left on our Jump Squad items (we gave out all the Tshirts, mugs, stickers, and other keychains to our lucky players). Feels awesome to also bring home our booth banner

If someone who is reading this played our game at ESGS, Thanks for dropping by our booth ❤
Thank you to the organizers for the free booth and opportunity to showcase our game, ‘Till next time 🙂