I’m starting to write a devlog to update you guys about Valraven and to show some stuff to anyone who’s interested to follow the development of the game. I’m gonna make a short devlog once a week (Maybe twice if I’m more productive)

Anyway, here’s an animation of Mavia (The game’s protagonist) that I did yesterday. 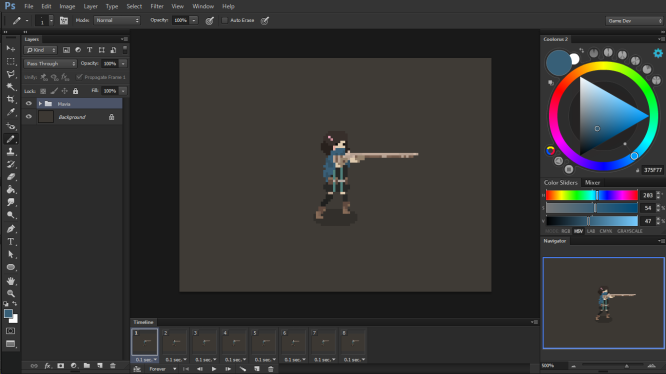 I’m planning to put a lot of destructible objects in the game and there will also gonna be explosive ones.

Here’s the current inventory system of the game, [Tab] is the key to open the inventory and go to interface mode (Can’t attack while in interface mode) So if players need to use an item often and quick, they should put it on the quick item slot.

That’s all for now, still a long road ahead, but hopefully I can execute the planned stuff in the game well.
Early game music and SFX will be created soon with the help of a friend. I’ll also gonna polish and finalize the game’s background story and characters as soon as the core mechanics of the game is done. 🙂